WOD GUIDANCE & GOALS
HERO WOD! Start each round with three heavy SINGLE cleans. The should HAVE to drop the bar after every rep. The 250/200 meter row will take around :45-:60, then crank away at the db snatches in one giant set. Each round will take about 2-2:30 to complete. Record your TOTAL TIME. 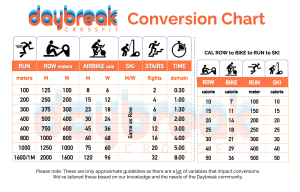